In my childhood, some fifty years ago, I had spent a wonderful weekend on a beach in Konkan with my parents and the memory still does fill me with thrill.

I can never forget the clean soft sand, the uncrowded beach, the gentle warm waves, the cool breeze, the tall coconut trees swaying in the wind, the seemingly slow-motion sunset and then the inexplicably sullen and silent time of twilight, till the twinkling stars smiled.

I’ve been wanting to re-live that beach holiday ever since, but it didn’t happen.

In my youth, I dreamt of being on the Baywatch beach with those beautiful babes, my body having turned miraculously muscular of course, and…

And that didn’t happen either.

So, while rushing along doing life’s mundane chores, I often searched online for pristine, unspoiled beaches, with or without the bare bodies, for that dream holiday I shall take some day, after retirement.

Last year, I happened to be free in Mumbai, so went for an early morning walk on the beach. 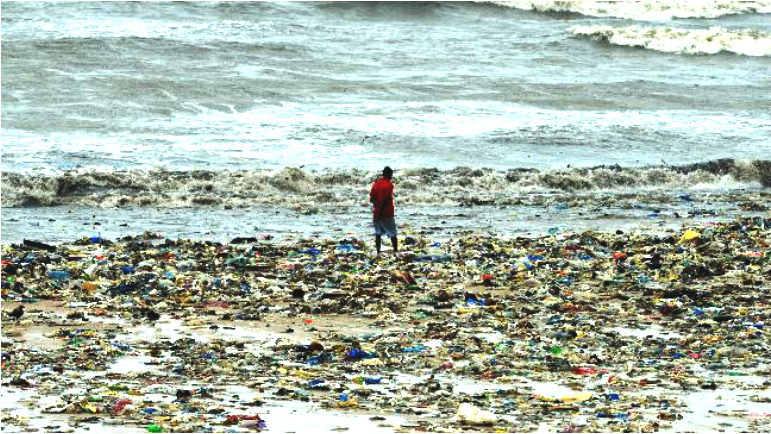 I was shocked by the smelly filth and the gooey trash, oozing leftover solids and liquids from ruptured plastic articles onto the sands.

Then I realised, that the sea is only giving back in heaps what we have been throwing into it in bits.

Fancy a walk on this beach?

I didn’t. I just walked away.

The poet Longfellow has said,

Lives of great men all remind us,

We can make our lives sublime,

And, departing, leave behind us

Footprints on the sands of time.

Forget about the sands of time, we won’t even be able to leave our footprints on the sands of a beach, ephemeral as they are, if we continue to pollute our oceans with plastic waste.

We all have used a plastic bottle to drink water. This activity lasts barely 4 minutes, but the plastic bottle that we throw will last 400 years, polluting the environment and killing some poor animal, bird or fish.

Since the 1950s, about 9 billion tons of plastic has been produced worldwide, of which only 9% has been recycled and another 12% has been incinerated. Where did the remaining 79% go?

Researchers believe that by the year 2050, there could be more plastic in the oceans and fewer fish.

One study estimates that there already are 5 Trillion plastic pieces floating in the oceans of the earth.

Let me put it in perspective.

We all have watched and dreamt of correctly answering the final question of Kaun Banega Crorepati and getting One Crore Rupees, at least once in our lifetime.

Provided, of course, that your wife does not spend any of it!

And your descendants save it all, surviving only on the 6000 Rupees promised by the friendly neighbourhood politician!

Just imagine the immensity of the pollution we’ve created.

According to Greenpeace, we pour one truckload of plastic into the sea, each minute of every day, killing over 400,000 marine animals annually.

And maiming many more. 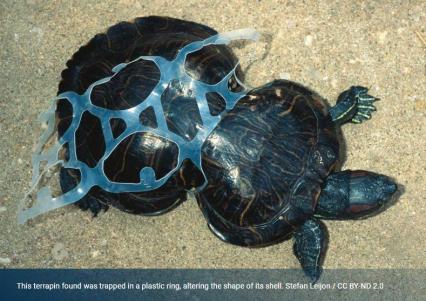 Last month, a majestic, 26 feet long whale was washed up dead on a beach in Italy.

It had 22 kilos of plastic in its stomach.

And a baby that had to die before it was born.

We remember our earlier generations by their achievements – religious, cultural, archaeological, astronomical and scientific achievements.

What will the future generations remember us for?

The pollutants we produced?

The resources we ravaged?

Our insatiable greed that left nothing for them?

“Look again at that dot. That’s here. That’s home. That’s us – on a mote of dust suspended in a sunbeam…

The Earth is the only world known so far to harbour life. Like it or not, for the moment the Earth is where we make our stand…

It underscores our responsibility to preserve and cherish the pale blue dot, the only home we’ve ever known.”

So, once again, fancy a walk on this beach?

Well, a lot of conscientious women and men regularly go for walks on such beaches, to clean them up as they walk. To celebrate World Environment Day on 5th of June and on the weekend before, they’re inviting all of us too. 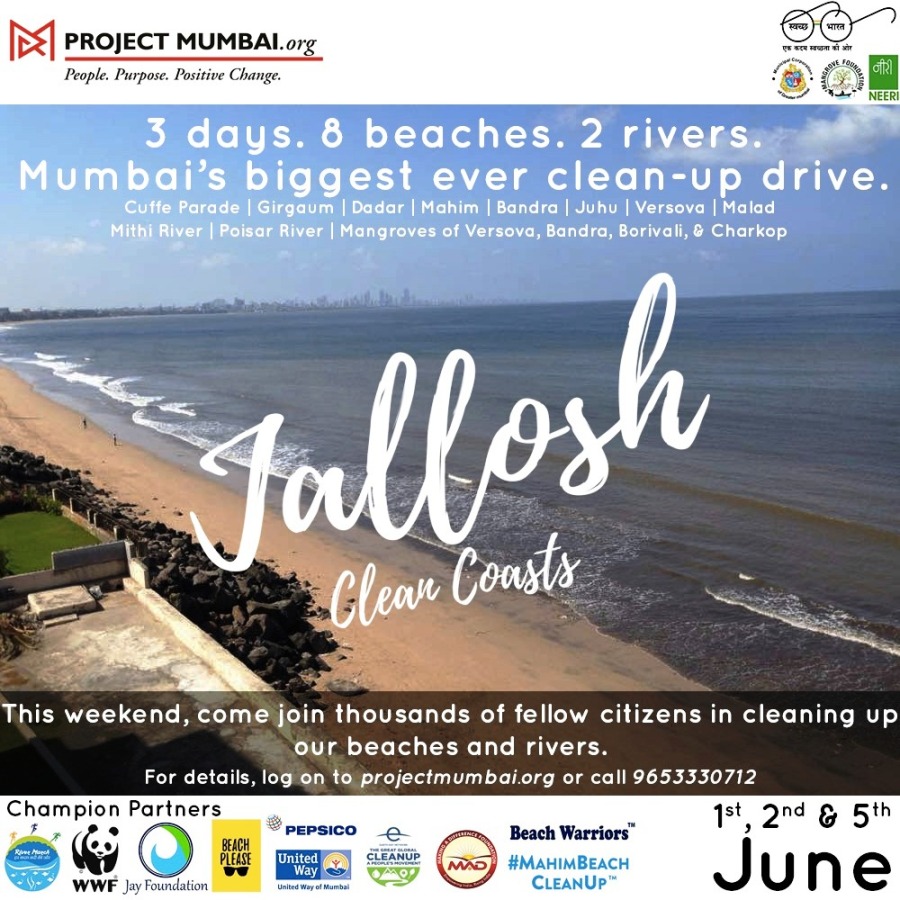 I came across a passionate volunteer from this group who has shown me a ray of hope.

He went for a run on a beach in Mumbai one morning. There, he found some people cleaning the beach and joined them in picking up the trash.

He’s now a part of their core team and swears that this non-paying work on weekends is tiring, yet way more satisfying than his job on the weekdays that earns him a salary.

He and his generation are trying to undo our wrongs.

He is doing what I didn’t.

I’m proud of him.

Join us if you’re in Mumbai.

Say “Cheers” only with glass, not plastic.

Spread awareness about the hazards of plastic.

Refuse plastic bags, straws and boxes even if offered free.

Carry a metal water bottle. An average urbanite uses about 100 plastic bottles a month, which is 1200 bottles a year. If only a thousand of us carry metal bottles, we can prevent over a million bottles from ruining the environment in a single year.

And before buying anything, think: Do I really need this? Will this pollute the world? Can I avoid this and change my habits so that my children and their children don’t have to deal with my garbage? 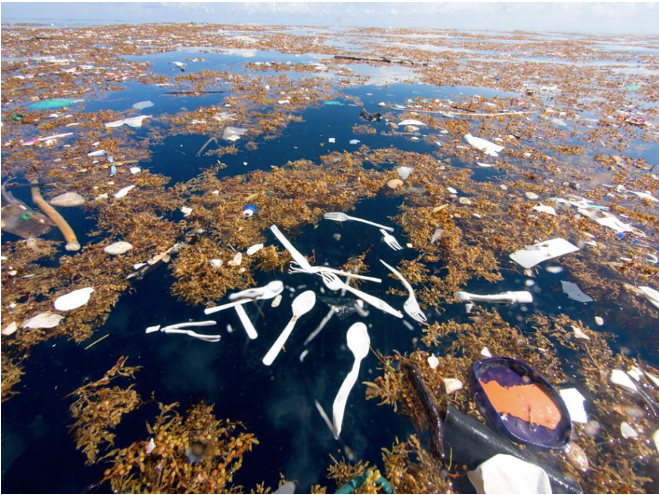 If ever in doubt, think about how our grandparents lived. Did they lead unhealthy, unhappy and unfulfilled lives without plastic?

Can’t we emulate them?

Why wait for others?

The governments and the industry will try to help, but they would take time. And that might be too late.

Meanwhile, I have a bright idea for them.

Our Public Works Department, famous for its tumbling bridges and crumbling roads, could use the recycled plastic in construction. Maybe then, their creations would last forever, surprising us and even them!

And here’s my final plea.

A study has found that an average person eats 70,000 micro-particles of plastic per year. If birds and animals and fish can’t digest it, do you think we could?

Soon, we’ll be dying of plastic pollution too.

If not us, then our children or grandchildren will.

Think about it the next time you lovingly hug your kids.

Think about it when you offer them a drink in a plastic bottle.

And think about this pregnant whale who died because of plastic.

How long before a pregnant lady and her unborn child from your family or mine are next?